A few hours ago Ryder.com launched their new mobile-first redesign.   In the before and after pictures below you’ll see some new structure and a much wider use of screen real estate.  The most notable thing beyond how mobile friendly it is now, and what won’t come across from the before and after images below and doesn’t appear in the mobile version either — VIDEO!

There is an awesome large video going on in the header area when you land on the site.  Now as far as content of the video they’re a little lacking.  The video could be much more “feeling” focused.  It could quickly answer the question, “How does Ryder make my life better?”.  Like why not show families unpacking their belongings and how happy they are in their new house.  That’s what Ryder is for isn’t it?  Instead we get the industrial Ryder.com with huge trucks that the typical consumer would never rent.  If you’re going industrial focused though, why not show the feelings that happen when your logistics just work?  Instead we get a bunch of pretty much meaningless images of trucks driving around.

Developed in partnership with CP+B, a digital marketing agency out of Boulder, CO who has done work for Kraft, Infiniti, Domino’s Pizza and more.  CP+B, doesn’t make our list of companies this month, because with great power comes great responsibility, and when you’re work with Fortune 500 companies like Ryder, it’s definitely a requirement that you hit the ball out of the park when you come to bat.

Here’s the before picture (sorry for this missing images, it was taken from web.archive.org, but you get the idea). 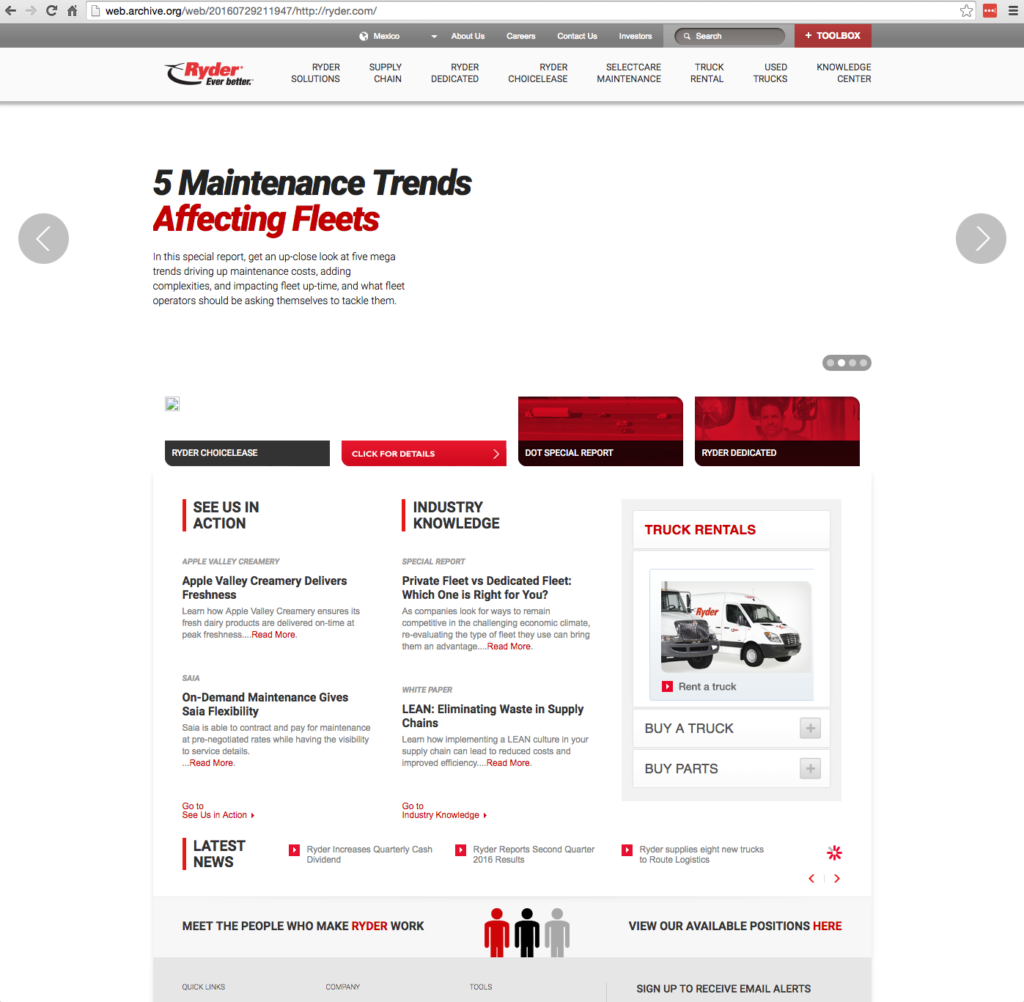 Here’s the after picture. 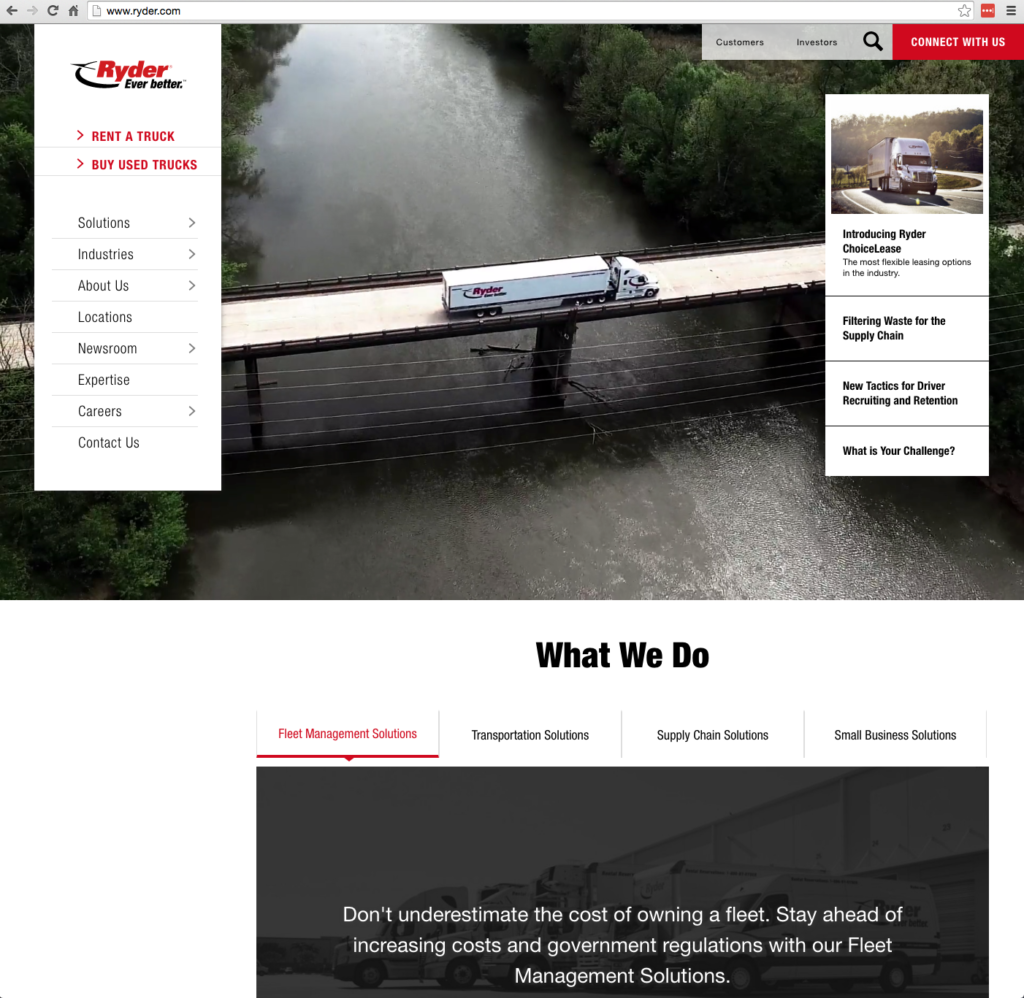