WhatsApp for Business: the Next Frontier for Social Media Marketing in the U.S. 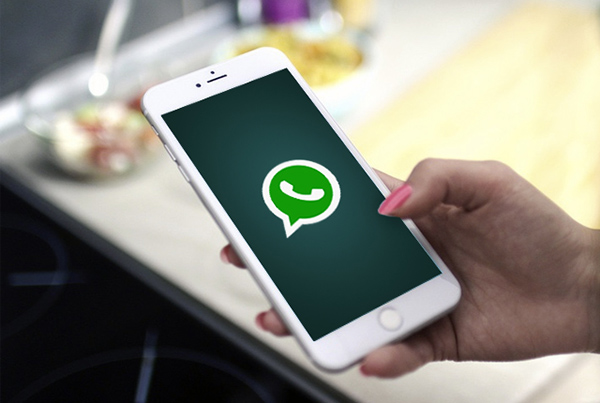 American businesses large and small have jumped on the social media bandwagon of heavy hitters such as Facebook, Twitter, Instagram, and LinkedIn; but how many have familiarized themselves with the global messaging mammoth WhatsApp?

If your business has clients or customers located in Europe, South America, or virtually anywhere else in the world, WhatsApp needs to be on your marketing radar.

The popular messaging app recently reached an impressive 1 billion daily active users, not far behind the 1.28 billion people that log into Facebook every day and on par with the roughly 1 billion Facebook Messenger daily users.

In various countries, WhatsApp is even more popular than Facebook, such as in Austria, the Netherlands, Spain, and India, among many others.

Founded in 2009 by two former Yahoo employees, WhatsApp was acquired by Facebook for $19 billion in 2014.

WhatsApp allows users to interact via text, but also to share images, documents, videos, and geographical location pings with their contacts. Users can also make voice calls as well as video calls directly through the application using an internet connection or data, similar to Facebook Messenger.

All that is needed is a smartphone and a valid cell number to operate the application, which is free to download on both Android and iOS.

With its large number of daily worldwide users, Whatsapp is arguably the fastest growing communication application.

The app been revolutionary for its everyday users by providing an alternative (and in some cases a total replacement) for the ordinary SMS or text message. According to Brian Reigh at Android Authority, “WhatsApp killed SMS in the most perfect way” by offering free messaging with WiFi, connecting you via your phone number and not an account where you have to sign up (you are your phone number), and seamless transition across multiple devices, such as WhatsApp Web.

The app even has its own version of ephemeral content, called WhatsApp Status. According to TechCrunch, “Facebook is winning the race to bring Snapchat’s Stories format to the rest of the world before its originator. 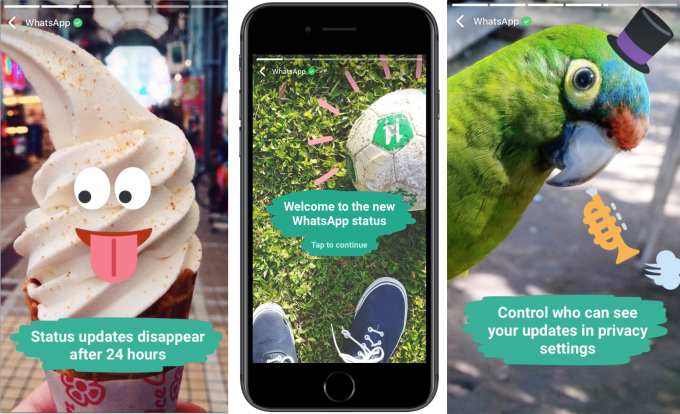 WhatsApp Status, its version of Snapchat Stories, now has 250 million daily active users. That’s despite it being relegated to a secondary dedicated tab in the app, opposed to being front and center on the home screen like Instagram Stories which also now has over 250 million users.”

Why should businesses use Whatsapp?


First, arguably everyone is using it – or is expected to be using it in the near future. Its user figures have grown exponentially over the years – remarkably in Europe, but the app is also growing steadily in the US.

Second, people are more likely receive a reply when sent a message on WhatApp, given that its users are usually checking the app for messages throughout the day. One may also see if the message has been read, eliminating the uncertainty of whether or not the intended target received your email or phone call.

Due to most of the communication on WhatsApp being text-based with users getting a notification every time they receive a text, it also defies the problem of clients and customers not being able to answer phone calls because they are busy or not seeing an email because they haven’t checked their inbox that day. While it’s true that not everyone enjoys receiving a phone call from an unknown number, they are certainly more likely to read a text message from one.

How can businesses use Whatsapp? 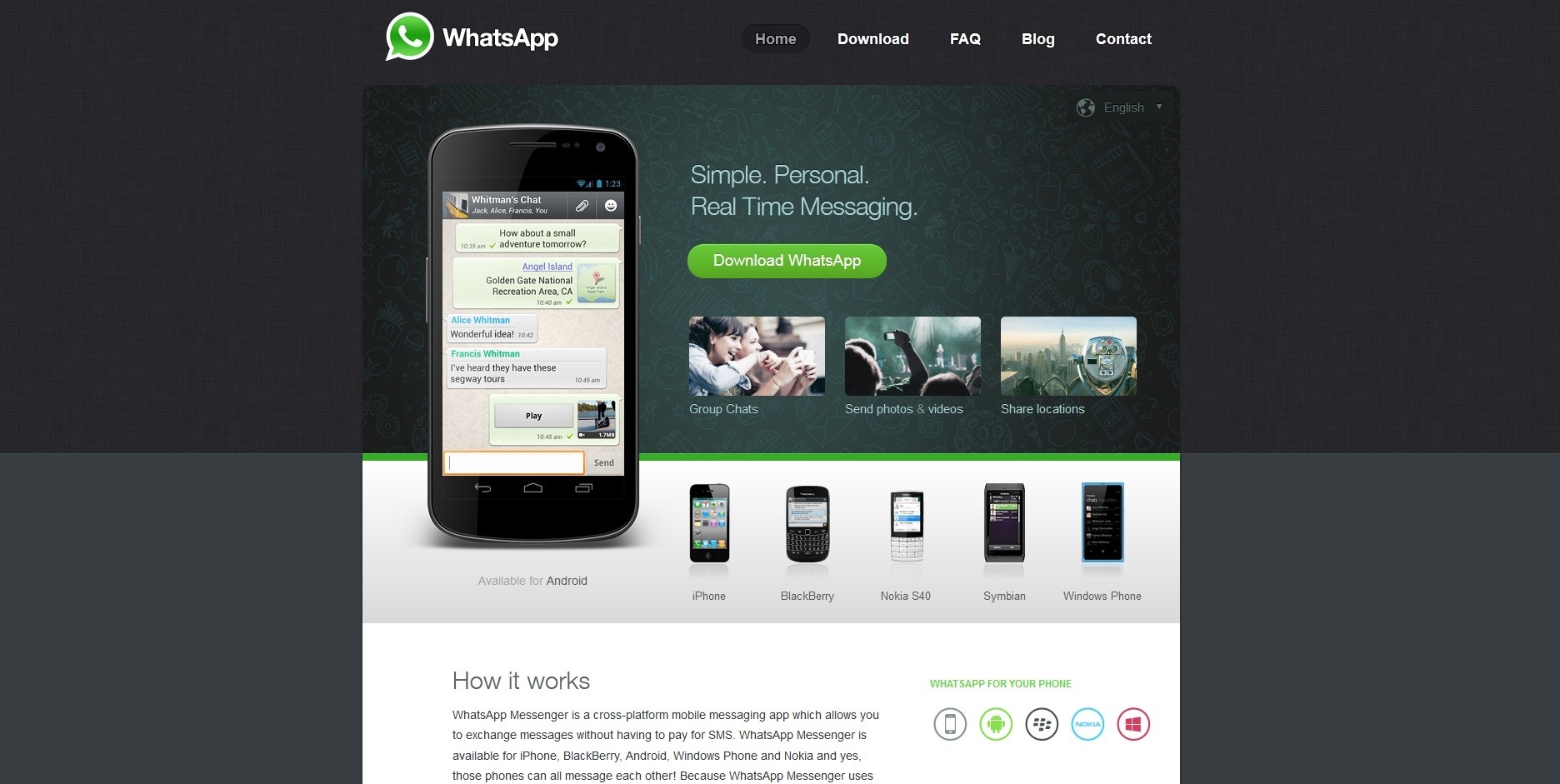 In 2015, shoe retailer Clarks was one of the first brands to use WhatsApp for marketing purposes. According to Nikki Gilliland at Econsultancy, Clarks “…rolled out an interactive storytelling campaign to promote its popular Desert Boot, using WhatsApp to connect customers with ‘key figures from subcultures of the past 65 years’. The campaign involved live-chatting with three characters with links to the Desert Boot and its place in history, taking users on a journey back to 1960s Paris, the Mod era, and the Reggae generation of Jamaica.”

Prior to your own strategy planning, bear in mind that WhatsApp hasn’t yet developed a business feature or paid advertisements. This can be an advantage over other applications, as it gives communication a more authentic and personal touch. It is rumored, however, that a WhatsApp for Business direct messaging feature is in currently in the works.

First, WhatsApp can be used effectively for communication with customers. It’s quick, informal, and less intrusive than other means of communication. It allows immediate sharing of multimedia such as images, video and documents, likely ensuring more effective communication.

Its second use could be that of customer support, depending on the size of the company and the employees responsible for answering these messages. If used properly, it could be a means of instant communication with clients, and probably a more effective one using its vast multimedia features.

Imagine a company offers an after-sales service to its clients, and one of those clients happens to have a fault in their newly-purchased equipment. All the client would need to do is send a photo of the fault to a technician at the other end who offers near-to-immediate support or solutions.

WhatsApp also allows a “click to chat” function that allows you to start chatting with someone without having their phone number stored on your address book. One can do this thanks to a link that can be put on the company’s website – which will then allow you to start chatting automatically.

Third, WhatsApp could be used for outreach marketing purposes. This might be the trickiest to implement, but it can be an innovative and engaging means of marketing. If you have a mobile telephone number for your international clients, WhatsApp has a group feature that would allow you to push information to the entire group. A business could also use the app to send texts, images, or videos about their products as well as promote consumer perks like deals and competitions. One should, however, be careful to never spam their customers with messages.

To completely avoid crossing that line, a business could have its customers opt in if they send a message to an account affiliated with the business.

A great example of this is travel deal site HolidayPirates, which allows users to sign up for free WhatsApp promotional alerts.

Or, take a look at The Coca-Cola Company. According to the Coke, “Using our custom API we built a robot that could receive a name via WhatsApp and automatically send you back a virtual Coke bottle with your name on it ready to share.”

Absolut Vodka had the unique idea of , in 2013, offering two tickets to their exclusive ‘Absolut Unique’ brand launch party to the public in Argentina. The only catch? Wannabe attendees had to convince a virtual doorman named Sven through a designated WhatsApp number that they should be the winning party goers. It ended up being a smash hit, and the company received over 600 public interactions from the campaign and thousands of messages, videos, and photos to ‘Sven.’

The advantage of using WhatsApp as a business is that compared to other mainstream apps, it is still relatively unexplored by many North American brands. From booking companies offering reservation services directly, to food chains offering delivery services allowing customers to order food, to free consultations – the possibilities are endless.

With WhatAapp’s astonishing rate of development, its potential for business use can only grow further and is worth keeping an eye on to see how various businesses make use of the service in the near future.